pos, short for position, is a hyperlink based print debugging library designed to work with any IDE or text editor that supports stack trace highlighting. Using compile-time macros in Scala to extract file names and line numbers, pos makes your print statements, assertions, and log statements easier to locate. Use it to append a “smart” hyperlink to your sourcecode, avoiding the need to “grep” or use “Ctr + F” to locate print statements. Use pos instead of System.out.println or System.err.println. Also supports logging. 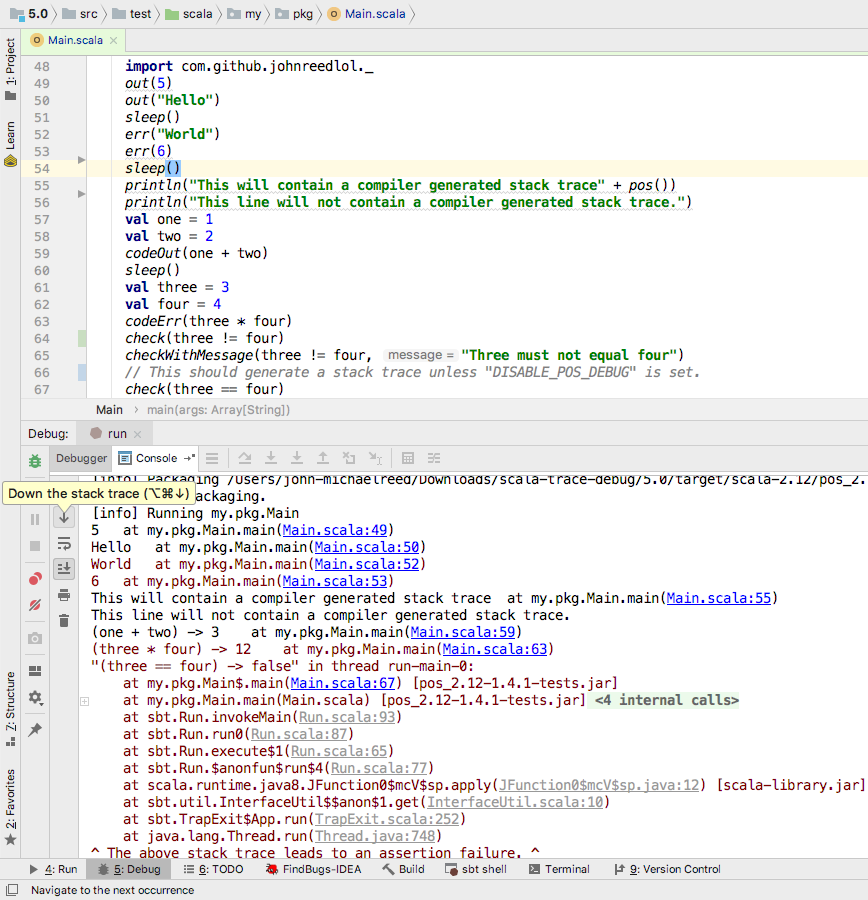 ^ Clicking on the compile-time generated file name and line number will cause you to jump to that line in your source code.

Better than using println! Also, it is safe to pass in null. 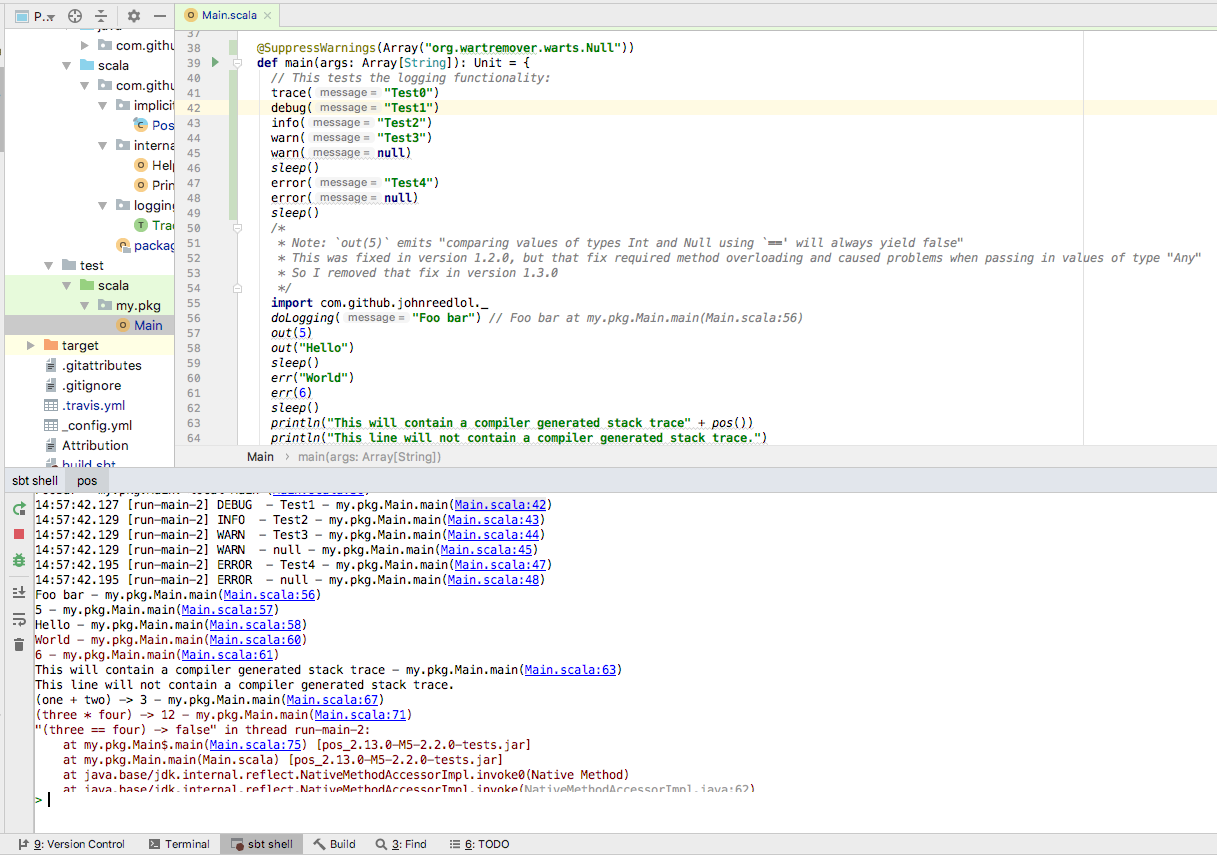 Or you can wrap your logger in a helper method like so to capture the compile time stack trace:

Or manually append the compile time stack trace as a String:

Add these two lines to your build.sbt file:

To avoid having deprecated stuff, this library only works for Scala 2.10 and up.

pos is a stripped down version of scala-trace-debug. 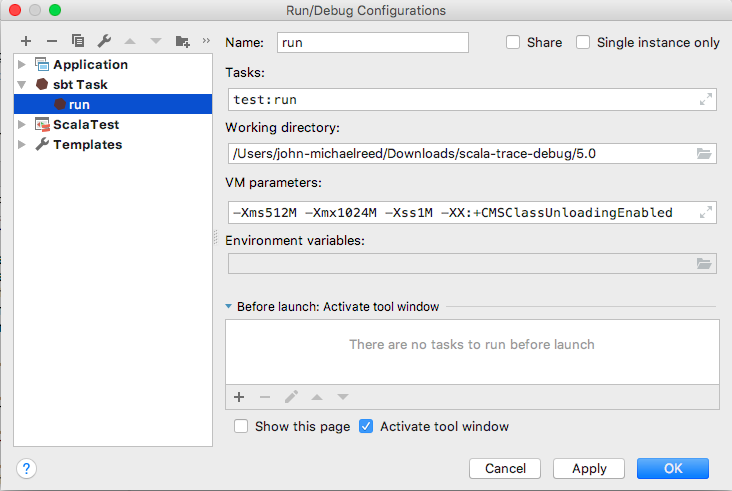 The way this is intended to be used is, assuming you don’t have a debugger set up, you just click on your code and press Command + Alt + Down on Mac or Ctr + Alt + Down on Non-Mac to scroll through the print statements in the order in which they are executed. This is a convenient way to trace the execution of your code.

See this file and run it yourself with “sbt test:run”.

pos is currently licensed under the Apache 2.0 License, a permissive license that also protects against patent patent claims.